Back to all blog posts

Do the Additives in Gasoline Help Keep Engines Clean? 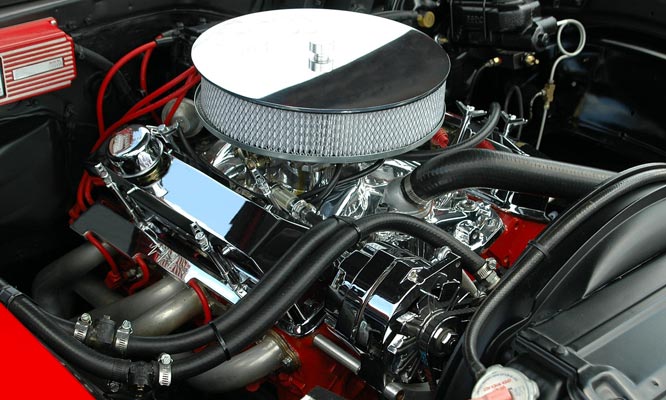 All of the major gasoline companies advertise that their gasoline has engine-cleaning additives that not only prolong the life of your vehicle’s engine but reduces the pollution that cars produce. Is any brand’s gasoline better because of its gasoline additives? What is the purpose of these additives?

In 1973 the Environmental Protection Agency started its first clean fuel program, and in 1989 these programs “required gasoline to meet volatility standards to decrease evaporative emissions of gasoline in the summer months when ozone levels are typically at their highest,” according to the EPA. Increased gasoline oxygen content and a reduction of hazardous air pollutants are regulations that have been put into place by the EPA more recently. According to BP, fuel-deposit-control additives are required by the EPA to be added to all gasoline. However, gasoline companies differ slightly in what they add to their products so they stand out to consumers.

BP has its additive called Invigorate, Chevron has Techron, and Shell has nitrogen-enriched gasoline additives, but what does this all mean? The reason these companies have additives is to adhere to EPA standards, but to also rid the engine of carbon deposit build-up or what Shell has deemed “gunk.” “If too much collects, this gunk can negatively affect engine performance, causing your car to burn more oil, overheat and even burn gasoline less efficiently,” according to HowStuffWorks. “Valves inside an engine are designed to let in a specific amount of air and fuel, and when this process is interrupted by carbon deposit build-up, your car won’t be performing up to its potential.”

Shell’s gasoline is said to clean the engine’s intake valves and fuel injectors, ridding them of gunk. To achieve this, the gasoline is enriched with nitrogen. The nitrogen “makes [Shell’s patented molecule] more thermally stable and therefore more effective in tough engine conditions with higher temperatures and increased pressures,” according to Shell. “This is particularly important in modern fuel-efficient engines to prevent the breakdown of cleaning agents.”

Shell, BP, and Chevron all belong to the Top Tier gasoline program.

BP gasoline contains a list of additives. Detergents, dispersants, and fuel-deposit-control additives help clean and prevent engine deposits. Rust and corrosion is prevented with corrosion inhibitors and metal deactivators. Antioxidants prevent the breaking down of gasoline and stabilizers ready fuel for storage.

Chevron’s Techron is “a unique additive designed to protect your engine from harmful deposit buildup that can interfere with your car’s performance,” according to Chevron. Techron uses polyether amine-based chemistry.

These companies are part of Top Tier, which is a program that recognizes gasoline retailers that go beyond the minimum additive requirements of the EPA to “ensure optimal engine performance.” The likes of BMW, GM, Honda, Toyota, Volkswagen, Mercedes-Benz, and Audi sponsor Top Tier.

The Effectiveness of Gasoline Additives

In a New York Times article, George Huber, professor of chemical engineering at the University of Massachusetts at Amherst, said that added nitrogen “‘might help your engine run a little cleaner, but I don’t think it will cause a major difference.'” However, Gary Pipenger, vice president of fuel analyst Research Laboratories, said to Bloomberg Businessweek that “‘it’s been documented through independent tests that the Top Tier gas is a whole lot better in terms of cleaning up the engine. What drives people like me crazy is the marketing fluff that follows from there.'”

The EPA requires gasoline additives to be used to lessen the amount of air pollutants that are released into the atmosphere, however it is unclear if there is much difference between the additives that are used by the various gasoline retailers that belong to the Top Tier program.